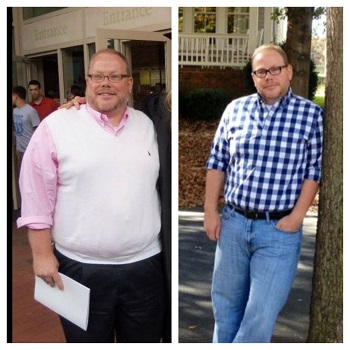 On sunny October Saturday in 2012 we returned home from running errands with a neighbor, unloaded the bounty obtained on our trip from the car and I walked out and picked up the mail out of the box.  Walking back to the house I started to sort out the junk mail and came upon a letter from my doctor.  I had visited Dr. McCune on Wednesday and this letter was most likely the results from all the tests he had run. Everything must be fine I told myself, he would have called if anything was wrong. After dropping all of the junk mail in the recycle bin, I stood in the kitchen opening my doctor’s letter only to find these words in bold print on the top of the page, “YOU ARE DIABETIC AND MORBIDLY OBESE, please call our office to make a followup appointment as soon as possible”.  I was in shock, not that I was fat as the mirror had already shared that secret with me, could I truly be diabetic? On Monday morning at 7:30AM I called the doctors office to make an appointment and found out as soon as possible was actually a month away. I reluctantly accepted the appointment and headed of to the strip-mall gym where I had a membership.

Over the next month I lost 10 pounds and my doctor seemed pleased, but went on to tell me that my past behavior was slowly killing me.  He explained that a large portion, upwards of 90%, of his patients do nothing to change their health and end up first on pills for diabetes and then on to insulin.  The pills that he prescribes for his diabetes patents levels out their sugar and also causes them to gain weight. He would allow me to avoid the meds for now, if at my six month follow-up he saw improvement.  With all this info swimming in my head I went to that strip-mall like it was my religion.

I don’t know if you have ever been to one of those gyms, if you have you know they are lonely places.  People don’t speak to each other and prefer to avoid eye-contact all together.  With all the time I spent there, I was not seeing the results I needed to stay off those fat-gaining diabetic pills.  That is when Scott Best persuaded me to attend a Saturday WOD at CrossFit Northlake and see what CrossFit was about.  I was amazed at what I saw, people that where working-out harder than I ever had were smiling, laughing and encouraging their peers through the team work-out.  Amy and Jason Bright talked me through what was going on and assured me any WOD can be scaled back.

During the car ride home I decided to give CrossFit Northlake a try.  In mid May 2013, Amy took me through Foundations Training, which gave me the basics and released me into the regular WODs.  I bit of fear flashed through my brain.  I was down from 336LBS to 306LBS and I did not think I was ready to work out as hard as the rest of the CrossFitters.  At my first 6AM WOD I was scared to death, the WOD was scaled back for me, yet I was still falling way behind the rest of the group.  I started my last 100 meter sprint long after the others had finished and found myself surrounded by them as they ran with me to encourage me to finish.  I had not found a gym with a community, I had found a community that happened to be a gym.  I continue to be a proud member of the CrossFit Northlake Community.

The results are in – and they are impressive!

In April of 2013 I returned to the doctor forty pounds lighter and avoided having any new medicine prescribed, then on October 22, 2013 I met the doctor for my annual physical 120LBS lighter than my high of 336LBS. The doctor was forced to reduce my blood pressure and statin medication because my health is so improved.  He even mentioned that he had never seen this kind of weight loss without the patient receiving gastric bypass surgery!

Without CrossFit Northlake, Amy and Jason, the coaches and my peers I would have never reached this level of weight loss.  I am truly thankful for all that they have done for me and  for the letter from Dr. McCune that lead me to my CrossFit family.

Wait! Before You Go!